We are fortunate to have a passionate team that has a heart for the work they do and the people with whom they interface daily. 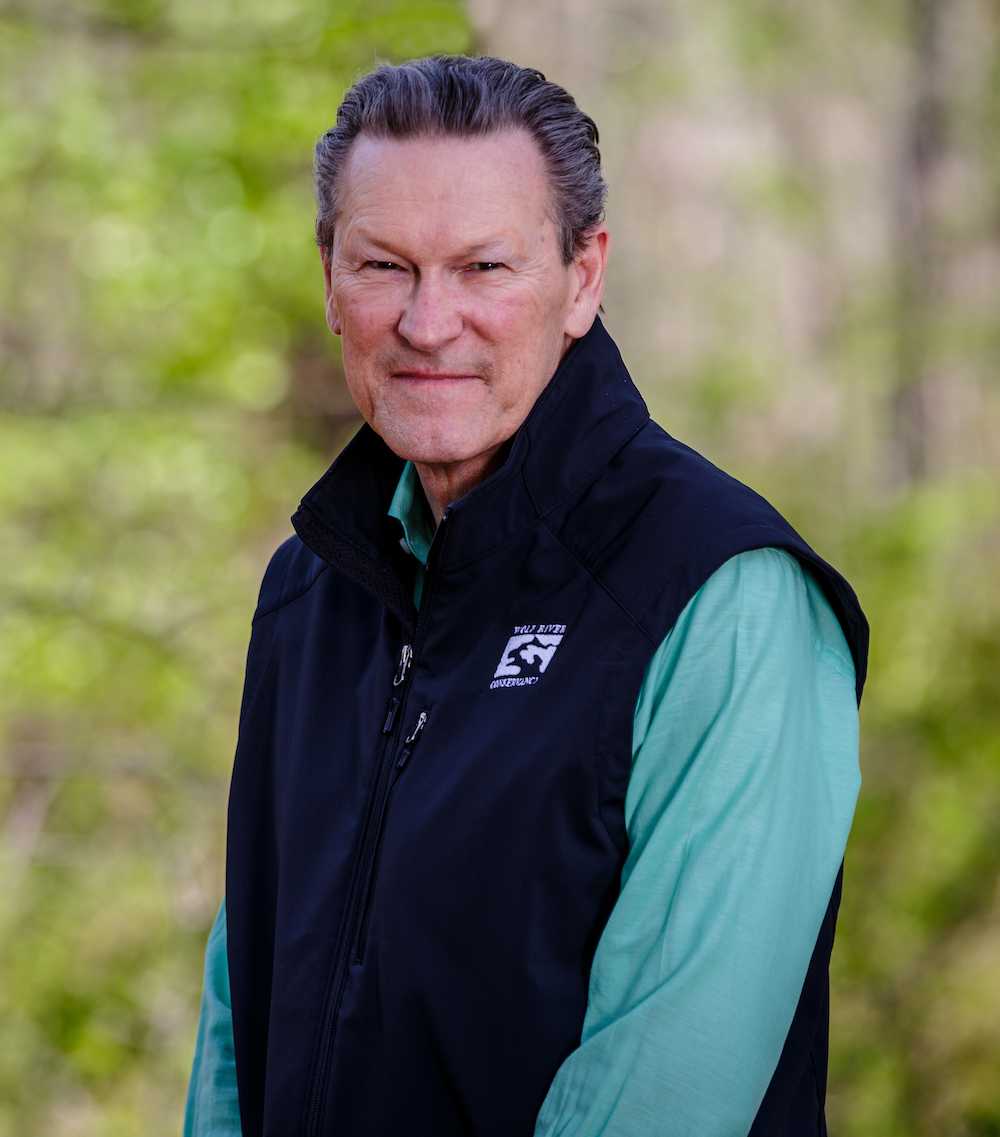 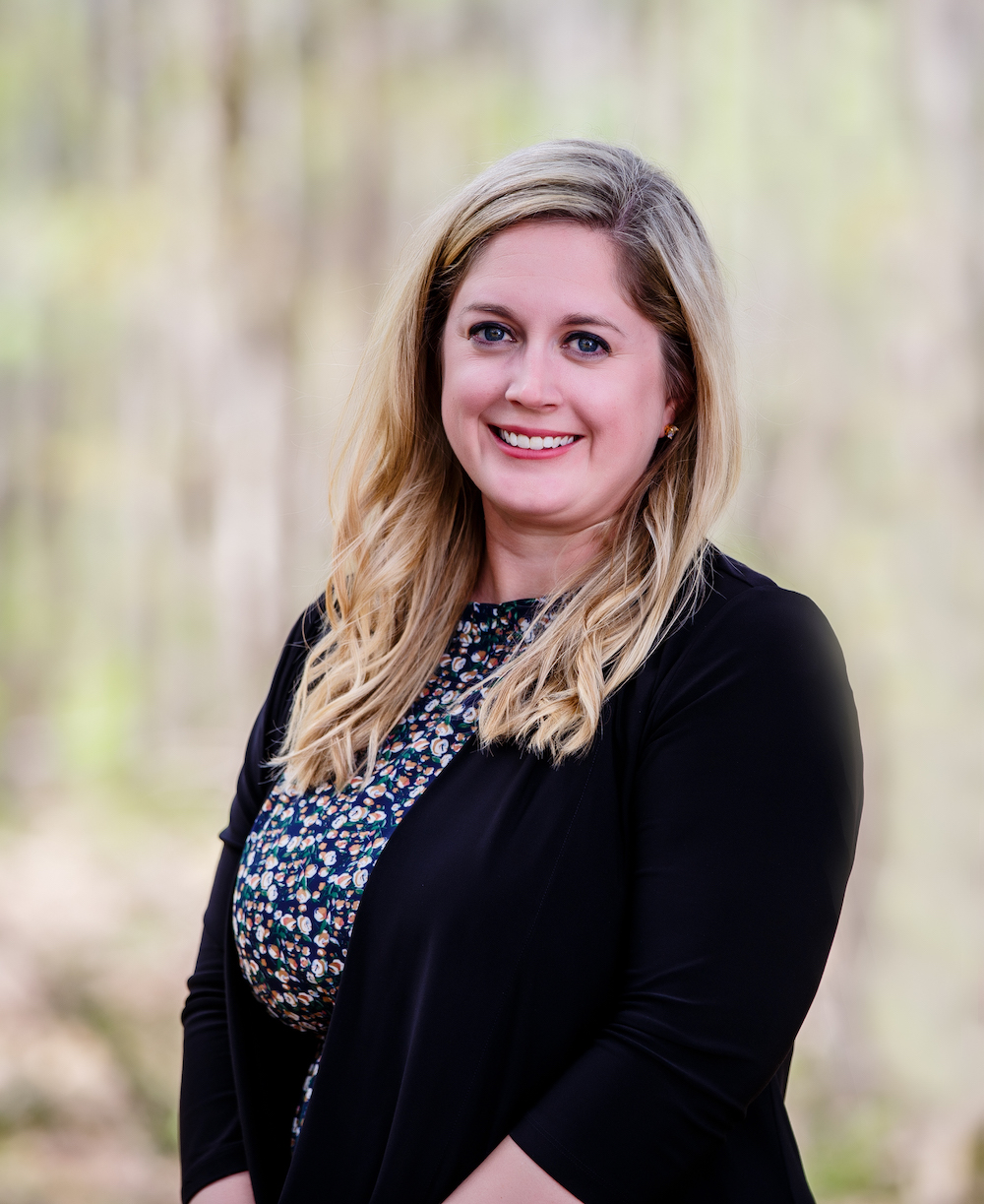 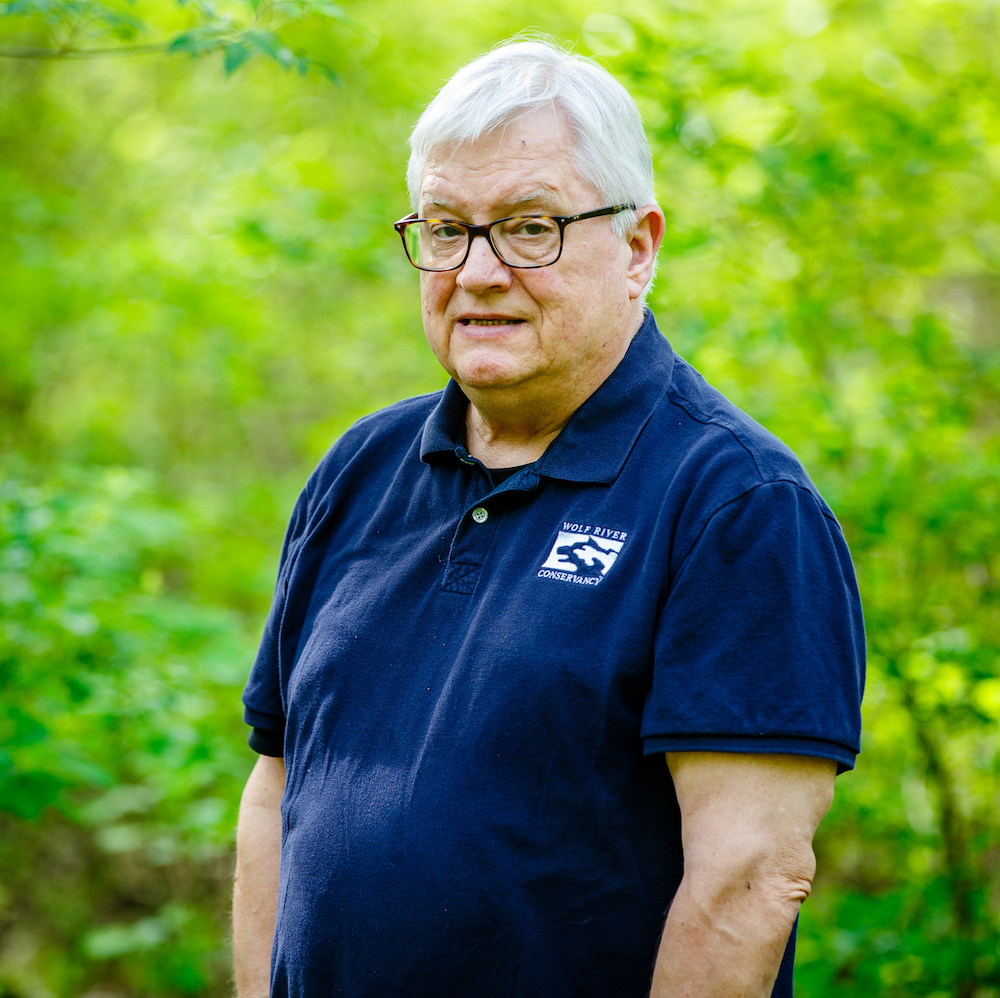 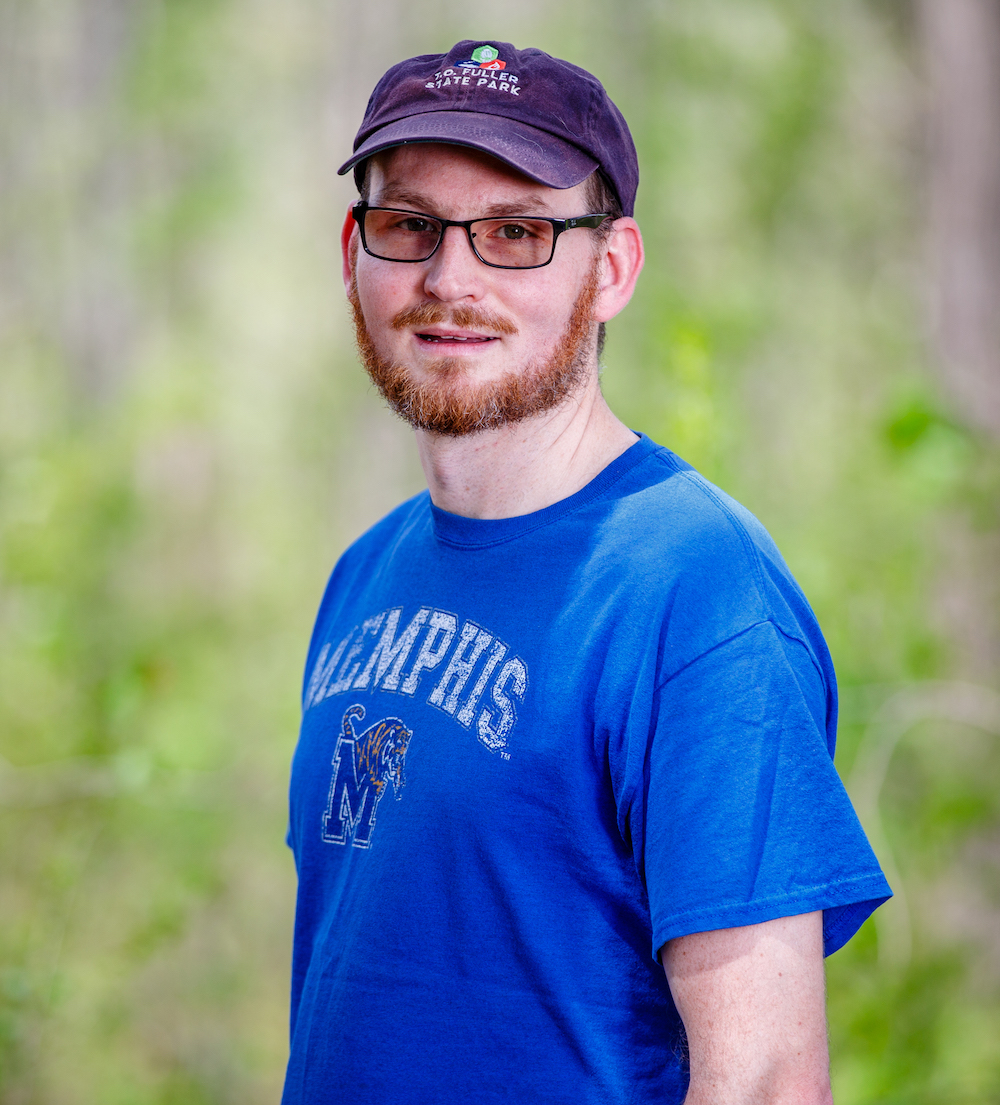 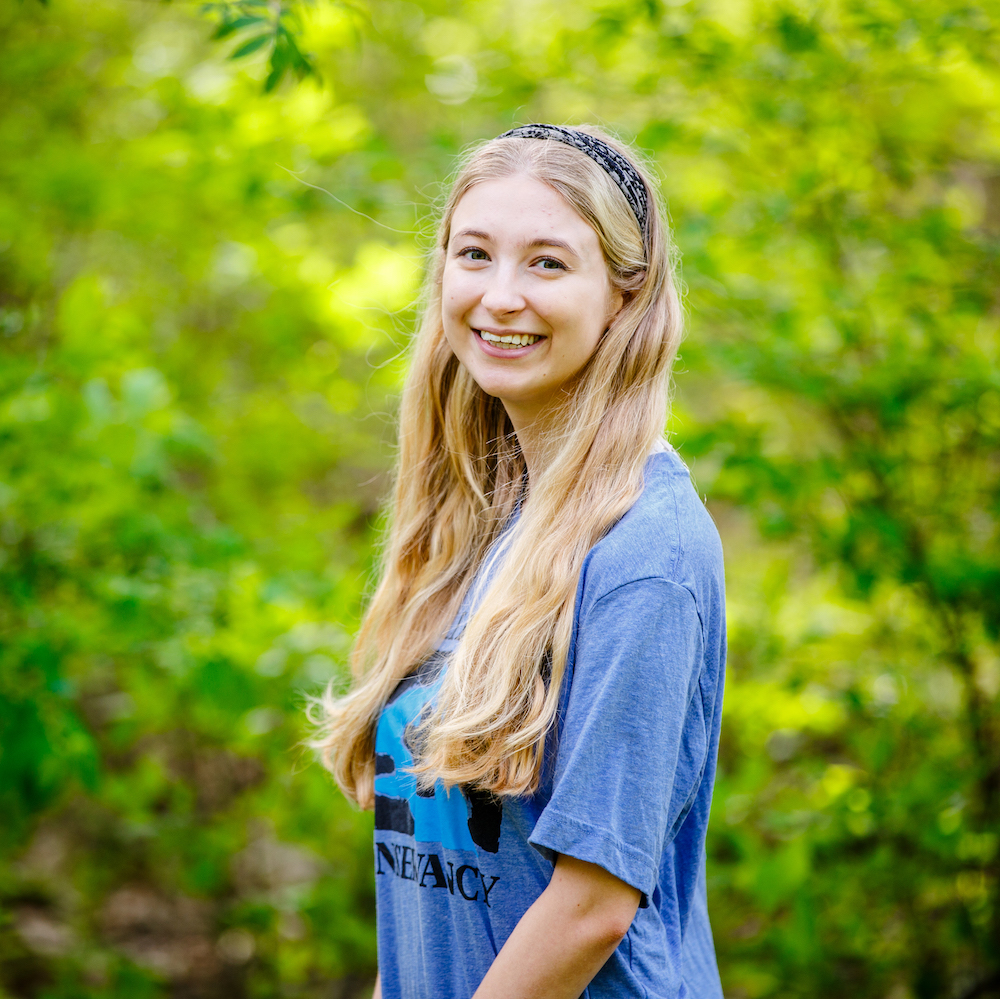 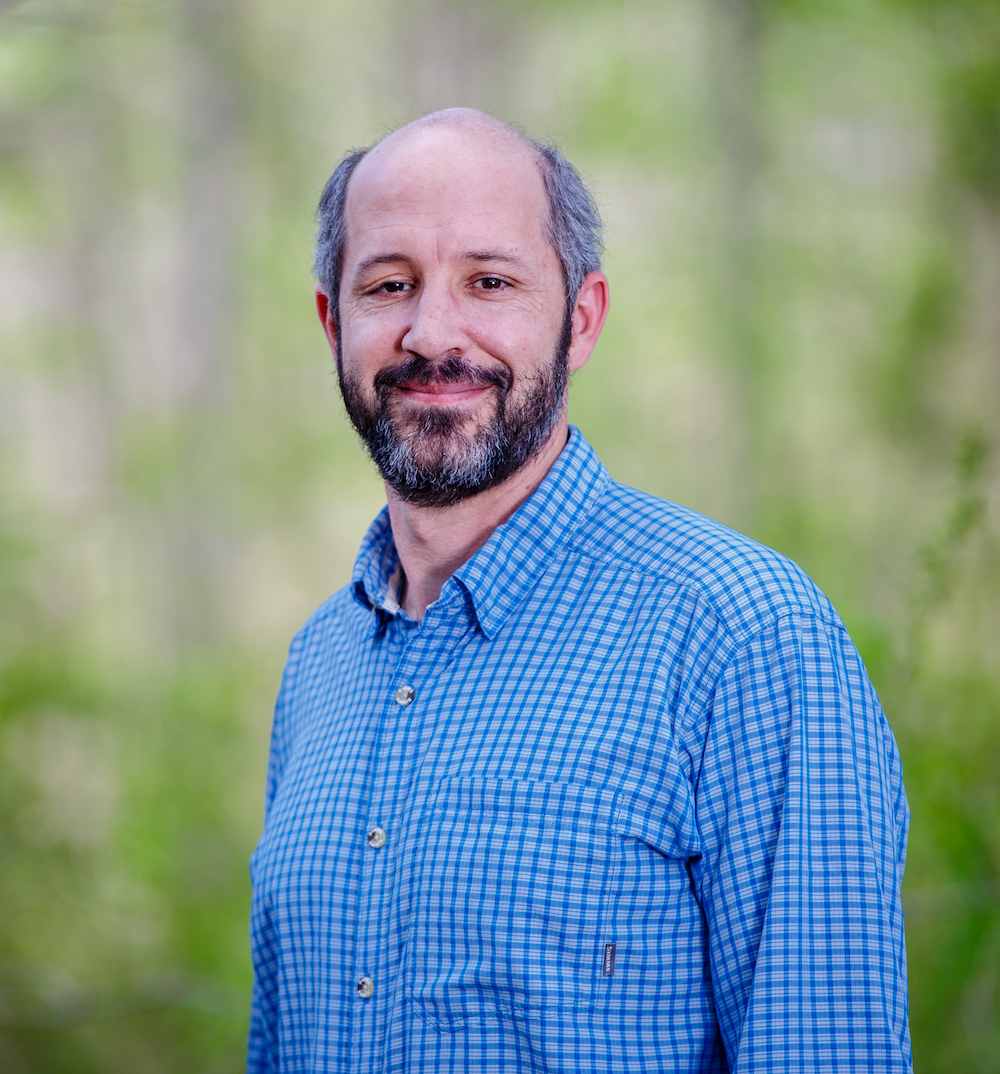 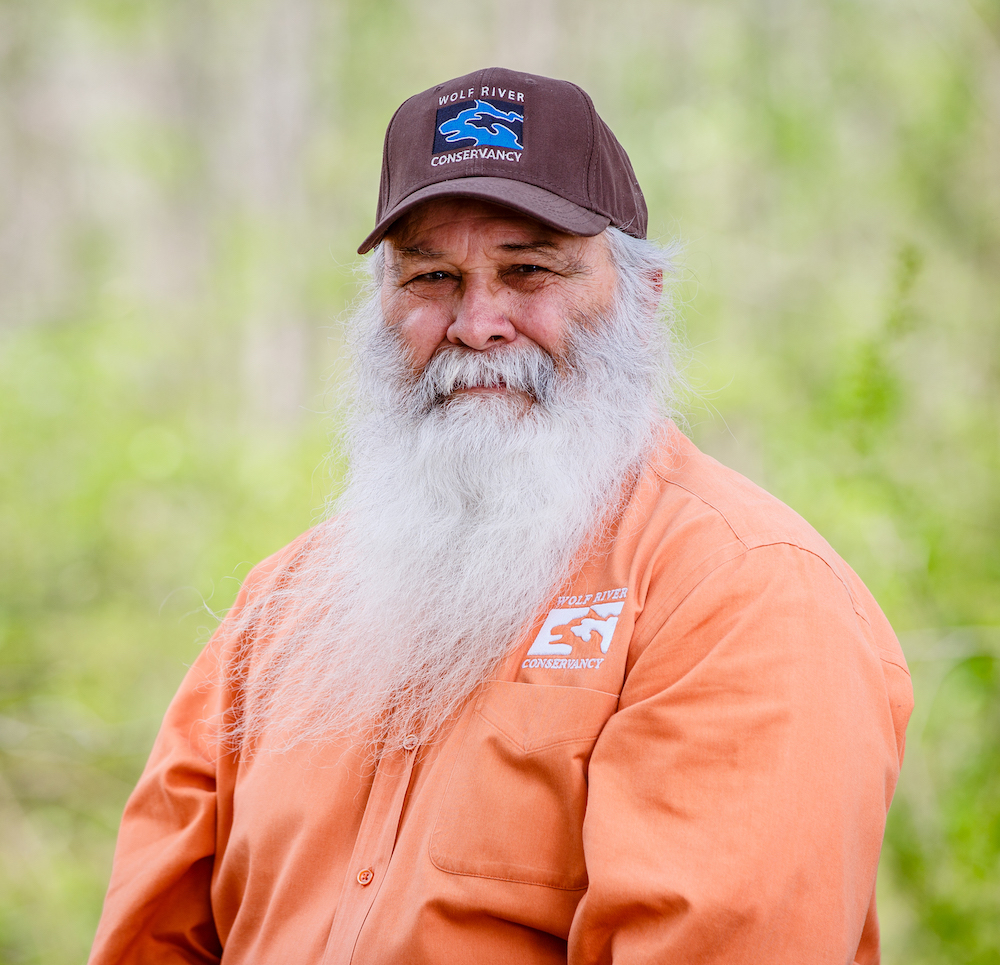 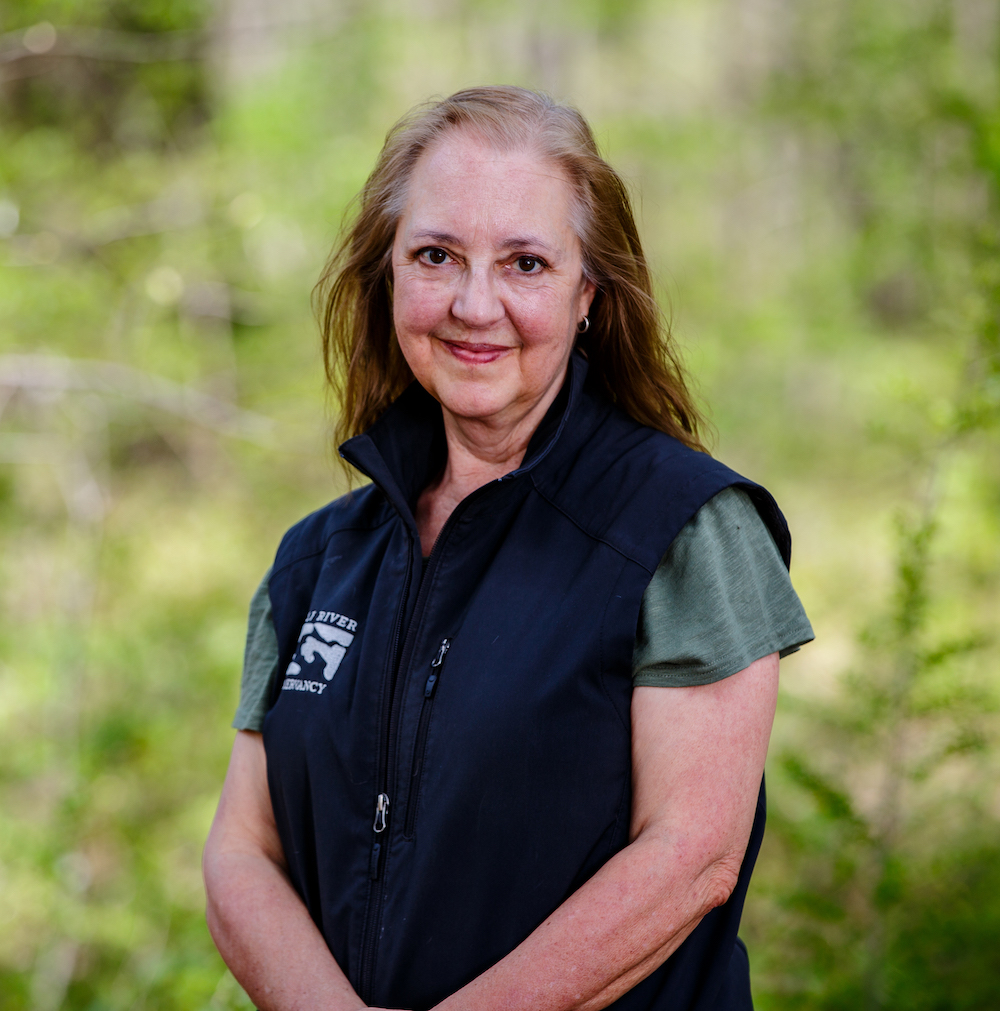 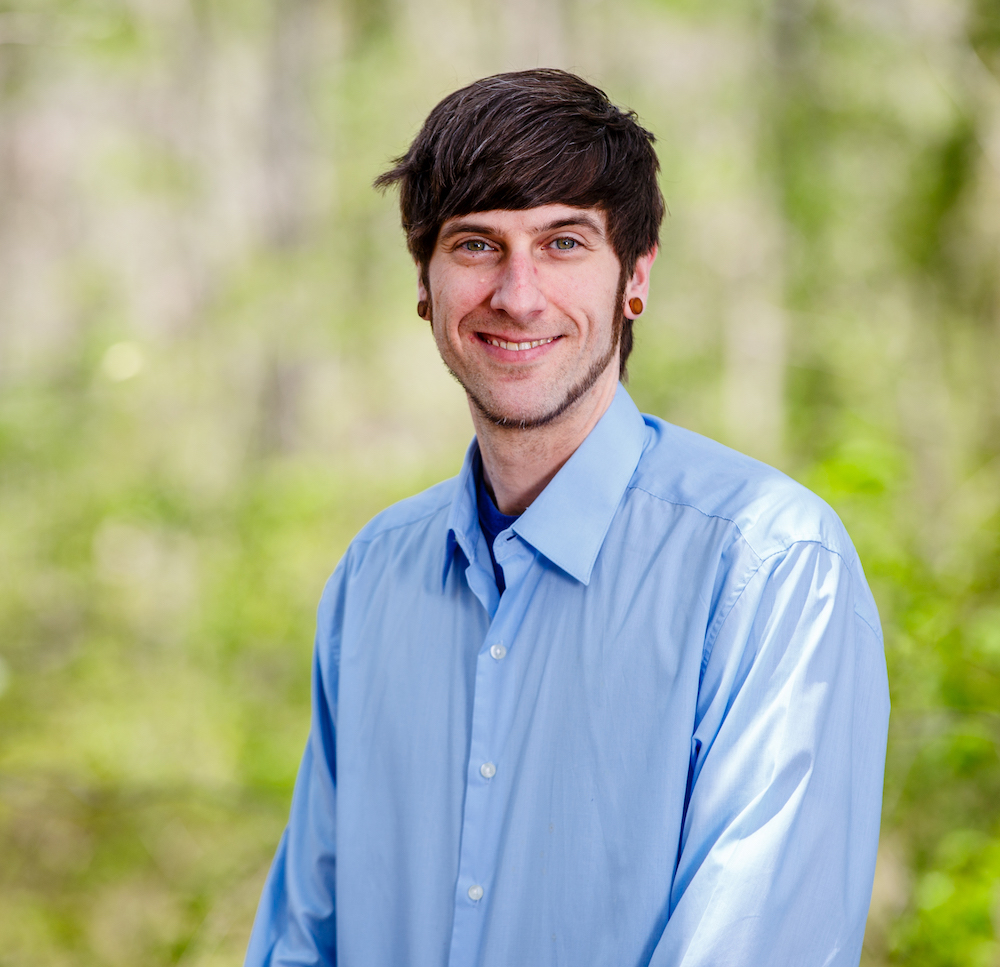 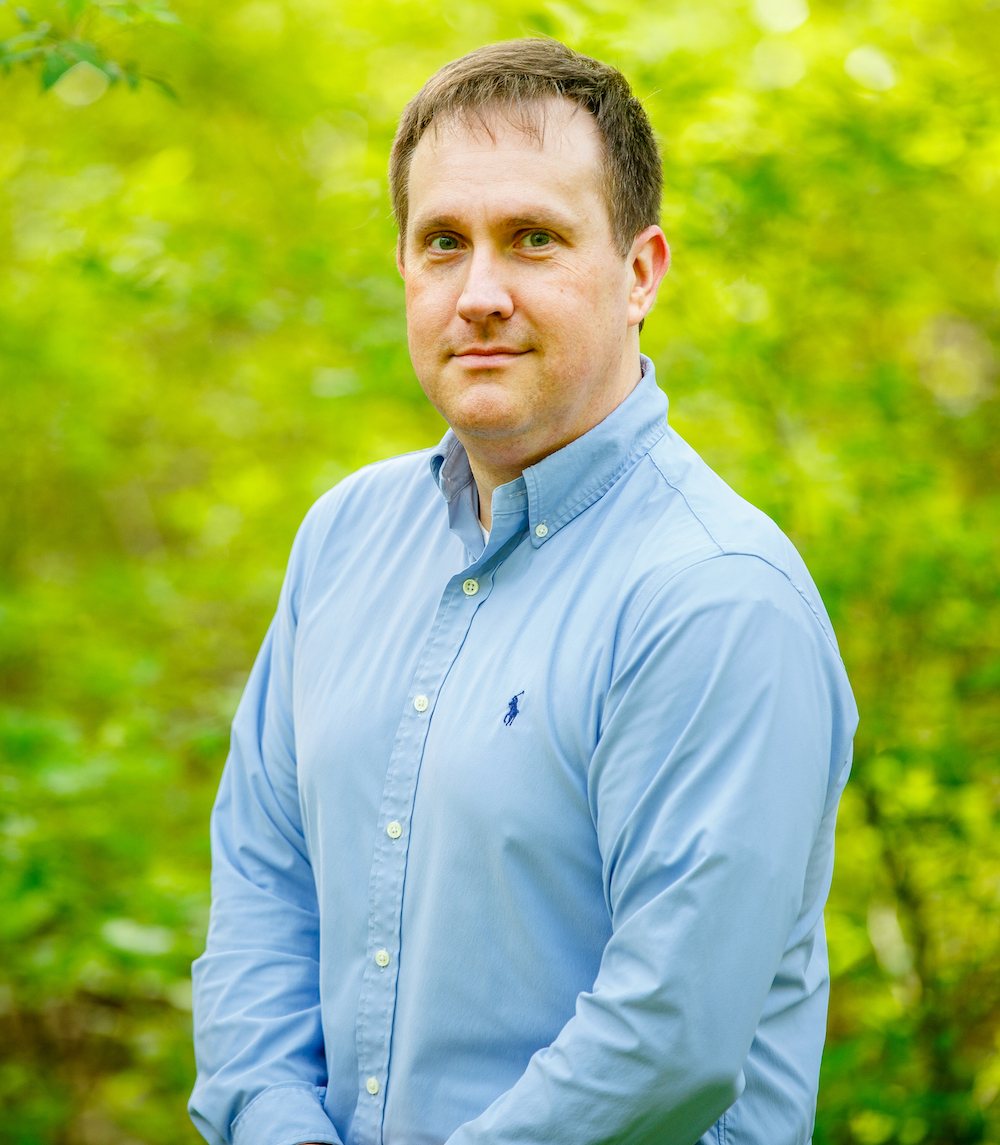 As a result of Keith’s leadership, the Conservancy is now transforming from its “grassroots” founding and origins from 1985 to a much more professional non-profit land trust. Under Keith’s leadership, in August of 2015 the WRC received national recognition from the Land Trust Alliance by becoming an “Accredited” Land Trust. Currently, only 1 out of 5 or 20% of all land trusts in the United States is accredited.

In 2014, the conservancy embarked upon the quiet phase of a multi-million-dollar capital campaign to complete the Wolf River Greenway trail by 2020. To date, $46.5 Million has been committed toward the $50 Million Project.

Keith served as the Chair of the Executive Committee for the Mid-South Regional Greenprint which has now been adopted by 22 counties including Arkansas, Tennessee and Mississippi.

In February 2015, Keith was appointed by the City of Memphis Mayor A.C. Wharton to Chair the Environmental Stewardship committee of the Blue Stream Team Task Force. In his role as the Chair of the Environmental Committee, Keith led approximately 25 experts in the area of hydrology, engineering, GIS, environmental law and other scientific disciplines to assist in identifying the greatest areas of need and the best approach in protecting our region’s water supply.

In February 2016, Keith was appointed to serve on the TDEC (Tennessee Department of Environment and Conservation) Commissioner’s Council on Greenways and Trails. The Council promotes the development and maintenance of both hard surfaced and natural surfaced trails across the state of Tennessee.

Keith graduated with a Bachelor of Science degree in Business Management from Arkansas State University and is also a graduate of Leadership Memphis. Keith serves as an Elder for the Idlewild Presbyterian Church.

Kelsey is a native Memphian and graduate from the University of North Carolina at Chapel Hill with honors in Journalism and Public Relations. Prior to her role with the Wolf River Conservancy, she served as the Director of Development for The ALS Association Jim “Catfish” Hunter Chapter of North Carolina and the Special Events & Development Director for Easter Seals UCP.

Bob Rogalski moved his family to Memphis in 1981 to be part of the team that built Time Warner Cable’s Mid-South Division. Twenty-five years later Bob took on the challenge of working as the CFO for BRIDGES, a non-profit organization. Retirement beckoned in 2016, but Bob decided to return to the work force in June 2017 and is now the CFO for the Wolf River Conservancy. He is a CPA who has an Accounting degree from Michigan State University, and an Executive MBA from the University of Memphis. Bob also serves as the Treasurer of Christ the King Lutheran Church and School.

Due to our small staff size, on the job experiences are very diverse. It takes many skilled employees to do the level of work that Wolf River Conservancy does, and I enjoy working with my coworkers every day. I am especially thankful to have worked under and learned so much from Bob Wenner, who is a passionate worker and a real estate and financial guru. I am equipped to meet the every day challenges to better engage and serve the public through conservation.

Bachelor of Science in Forestry from Mississippi State University.
Master of City and Regional Planning from Clemson University.

Findley is a Civil / Environmental Engineer with an Undergraduate Degree in Engineering from Vanderbilt University. He has experience across a wide variety of projects, including greenways, parks, canoe trails, masterplans, wetland and stream restorations, habitat protection plans, brownfield redevelopment, and flood reduction efforts. Findley has previously worked with the Wolf River Conservancy in 2014 on the Boat Ramp Access study and recently helped the Conservancy with engineering design for the new Epping Way boat dock. His past projects include work on the Big River Trail and Park in West Memphis, the Five-Mile Creek Greenway in Birmingham, the Jefferson County (Alabama) Bike / Ped Masterplan, and development of a 350-acre recreational park in Oxford, Alabama. Findley assumed the role of Wolf River Greenway Coordinator January 1, 2020. His responsibilities will include oversight of design, permitting, construction, and coordination with our local partners, the City of Memphis Parks Division and Shelby County.

He is active in the community and currently serves Memphis Leadership Foundation Board and is a past Chair of the Exceptional Foundation of West Tennessee Board. In his free time, he enjoys being outside with his wife, three children and his dog.

In December of 2011, Jim answered an advertisement from the Conservancy for “free beer and pizza”. This event was the opening effort to expand their River Guide program. At that time, Jim was both a fair paddler and had been a member of the Conservancy since 2006. Jim was an active volunteer in the program for the next four years. During this time, he transitioned from paddling a kayak to an open canoe and discovered that he truly loved the slow rhythm of the waters of the Wolf River. Upon the retirement of Dale Sanders in 2015, Jim accepted his current position as our Director of Outreach.

Jim holds a Bachelor of Science in Engineering Technology from Memphis State University as well as a Master of Science from Christian Brothers University. His conservation roots are a result of his childhood among the trees, fields and streams around the east Memphis home where he was raised in a family of 5.

As the Director of Education for the Wolf River Conservancy since 2007, Cathy Justis provides a wide range of educational programming for K-12 students and other community members of all ages, including annual frog chorus walks, stream strolls, a summer lecture series, and educator workshops. In addition to classroom programs and field trips, she leads habitat restoration service projects to improve the Wolf River watershed, removing exotic invasive plants and planting native species. She is also involved in developing and managing the Conservancy's website, and editing its publications.

Cathy has a M.S. in aquatic ecology from the University of Tennessee at Knoxville, and over 25 years of experience in biology and environmental education. A Memphis native, she has worked for Lichterman Nature Center, the National Park Service, and Kentucky Nature Preserves Commission, among others, and served as a U.S. Peace Corps volunteer.

Nick Wiggins is a native Memphian and aside from being an avid naturalist and outdoors enthusiast, he is committed to protecting our natural resources here in the Mid-South for all future generations benefit. Prior to joining the Conservancy, Nick was an alumni of AmeriCorps and served over 3500 hours of service nationwide, including the creation and painting of over 50 murals at elementary schools in Los Angeles and Memphis. Nick studied History at Santa Monica College in Los Angeles, and received a B.A. in History from the University of Memphis. Following the birth of his child, Nick attended graduate school at the University of Memphis where he obtained a Master’s Degree in City and Regional Planning. During his master’s program, Nick completed a fellowship focused on the interactions of urban flooding from streams and rivers in north Memphis, among other environmental planning issues.

As the Community Conservation Manager, Nick joins the Conservancy to serve the users of our Greenway, to ensure the neighborhood feels connected to the Greenway, in terms of recreation, transportation or more!

Additionally, Nick monitors and inspects many of the Wolf River Conservancy’s 16,000+ acres of protected lands and waters – He hopes to see you out on the Greenway sometime!

Matt is a native Memphian and graduate from Christian Brothers University with a degree in International Business and Management. Prior to his role with the Wolf River Conservancy, he worked as a customs broker at FedEx Trade Networks and in marketing for FedEx Office.