The Wolf River is a low-gradient, sandy bottomed stream with a sinuous and sometimes braided channel and high-quality riparian wetlands in its upper reaches. The river is channelized for 7.5 miles in Mississippi, and for its last 23 miles in Shelby County, Tennessee. Portions of the upper, rural Wolf River are included in the list of Exceptional Waters of Tennessee, though the final third of the river – the urban Wolf from Collierville to the Mississippi River - is on the Tennessee Department of Environment and Conservation’s (TDEC) 303(d) list of impaired waters, meaning water quality is impaired by such issues as storm water runoff, sedimentation exacerbated by channelization, and historic industrial contamination. Water quality can be thought of as a measure of the suitability of water for a particular use based on selected physical, chemical, and biological characteristics. To determine water quality, scientists first measure and analyze characteristics of the water such as temperature, pH, dissolved oxygen, and number of bacteria. Selected characteristics are then compared to numeric standards and guidelines to decide if the water is suitable for a particular use.

Water quality is important in both surface water in rivers, streams, lakes, and wetlands, and groundwater present underground in soil, sand, gravel, or rock formations. In general, the water quality of the rural Wolf River is better than that of the urban Wolf River. The quality of water stored in the Memphis Sand Aquifer, while generally excellent, is the subject of ongoing research by the University of Memphis (CAESER); all drinking water pumped from the aquifer is tested by Memphis Light, Gas, and Water before.

Rain storms can wash trash on land into storm drains which carry water directly into rivers and streams.  Keeping trash, especially plastics, out of the water is one of the simplest ways to improve water quality.

Tree canopies store the first inch or so of rain in their leaves, reducing stormwater runoff.   Tree roots stabilize the soil and prevent erosion. Trees provide shade for waterways, cooling the water so it retains enough oxygen for aquatic organisms.  It’s  best to plant trees native to the Mid-South.

Exposed soil can be eroded sway by the rain, adding the sediment pollution in our waterways and harming aquatic organisms.  Maintaining plant cover is the best way to prevent erosion, but mulch, straw, or gravel can also help if necessary.

Rainscaping means using the landscape to redirect, slow, catch and filter storm water runoff. In short, it is a way of repurposing rain water and making it better in the process. Rainscaping techniques can be as simple as redirecting downspouts to water garden beds.

People have captured rainwater for thousands of years.  Installing a rain barrel is a simple way to conserve water for use in our gardens and yards.  Rain barrels are commercially available and are also very easy to build. Ideas and plans are available online.

Rain gardens help to store and filter storm water runoff, thus improving both the quantity and the quality of stormwater entering our waterways.  When planted with water tolerant native plants, a rain garden can also provide habitat for birds and butterflies, as well as a beautiful and educational resource for the community.

Think about your water use

We use water both directly in our daily activities, and indirectly in everything we consume; our lifestyles have a water footprint in addition to a carbon footprint.  While we are fortunate to have clean and abundant water in the Mid-South, we should still use it wisely so as not to exceed the recharge rate of our aquifer. 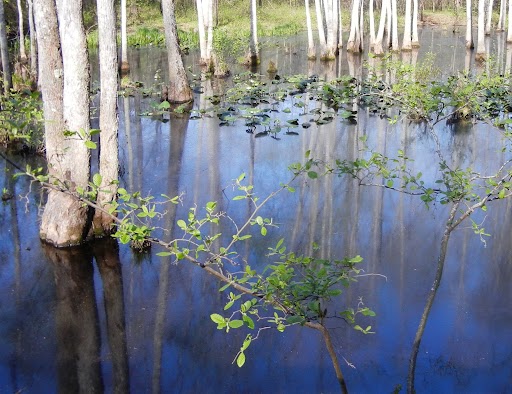